The electronic version of this article is the complete one and can be found online at: http://www.tfljournal.org/article.php/20080724105858161

The uses to which practitioners of traditional medicine and ayurveda put plants are well known to those communities, yet in many cases they are not well documented in English. We present this mini-review of the uses of one such plant as part of an occasional series highlighting herbal remedies that would benefit from additional scientific investigation.

India, with its great biodiversity, has a tremendous potential and advantage in the emerging field of herbal medicines. Medicinal plants as a group comprise approximately 7500 species and include representatives of about 17,000 species of higher flowering plants (1). Three hundred species are used by 7800 medicinal drug manufacturing units in India (2) which consume about 2000 tons of herbs annually (3).

There are estimated to be more than 717,319 registered practitioners of ayurveda, siddha, unani and homeopathy in India (4) and in recent years, the growing demand for herbal products has led to the extinction of many important herbs. Trichosanthes tricuspidata is a little-exploited plant with immense medicinal potential (5,6). Considering its importance, more research is needed to explore the potential of this plant.

Traditional medicine systems are part of India’s culture. Today the whole world has become increasingly interested in Indian ayurveda and other traditional health systems. The demand for medicinal plants is increasing in both developing and more-developed countries as a result of recognition of the non-narcotic nature, lack of side effects and easy availability of many herbal drugs. Most often the medicinal plants are collected from the wild. This uncontrolled harvesting has resulted in the extinction of many plants and created huge issues related to the potency and quality of medicinal products derived from those plants.

There are numerous data on the uses of medicinal plants. Gadgil and Vartak (7) have reported the uses of such plants in India. The therapeutic potential of various herbal drugs ranges from the use of parts of plants to simple extracts to isolated active constituents. In the present paper we have attempted to briefly summarize the information available on the potency of Trichosanthes tricuspidata because of its immense medicinal potential.

T. tricuspidata, also known as T. palmata Roxb., T. bracteata Lamb., T. pubera Blume or Modeccca bracteata, belongs to the family cucurbitaceae and is known by various vernacular names. In Hindi it is known as Lal Indrayan; in English, Redball snakegourd; in Malaya, Kalayar; in Marathi, Kaundal; in Telugu, Avuduta; in Thai, Khe- Ka- Daeng and in Nepal, Indreni.

T. tricuspidata is a vine which is found at an elevation of 1200 to 2300 m. It ranges from the Eastern Himalayas in India and southern China through southern Japan, Malaysia, and tropical Australia. In India it is a large climber, often attaining a height of 9-10 meters. It has a robust stem that is woody below, and has 3-cleft tendrils. The leaves are variable, palmately 3-5 lobed with a cordate base, and the lobes are ovate to oblong with serrate or dentate margins. Male flowers are in axillary 5-10 flowered racemes with large bracts, while the female flowers are solitary. The corolla petals are wedge-shaped, fringed and white in color. The fruits are globose, and when ripe are red with ten orange streaks.

T. tricuspidata is considered to be medicinally important in several traditional systems. In ayurvedic medicines, the fruits are used in the treatment of asthma, earache and ozoena (intranasal crusting, atrophy and fetid odor). In the Unani system of medicine, the fruits are used as a carminative (an agent that relieves flatulence), a purgative, and an abortifacient, to lessen inflammation, cure migraines, and reduce heat of the brain, as a treatment for opthalmia (inflammation of the eye), leprosy (infectious disease caused by Mycobacterium leprae), epilepsy (episodic impairment or loss of consciousness, abnormal motor phenomenon) and rheumatism, (painful local inflammation of joints and muscles) as well as other uses. The seeds are emetic and a good purgative. In the Thai traditional system of medicine, the plant is used as an anti-fever remedy, a laxative, an anthelmintic as well as in migraine treatments (8). The roots of the plant are used to treat lung diseases in cattle and for the treatment of diabetic carbuncles and headaches (9). Gaur (10) has reported the use of this plant in curing bronchitis, and the application of seed paste for hoof and mouth disease in cattle.

The vaidyas, or practictioners of ayurveda, also use the fruits in treating stomatitis. The oil extracted from the roots is used as a pain killer. In Bastar District, Chhattisgarh, India, the plant is used for curing snakebite poisoning and the juice of the plant is applied externally for skin eruptions. In Nepal the roots are used to cure bleeding in chickens.

Mohamed (11) isolated a tetrahydroxy pentacyclic triterpene “trichotetrol” from the root extract of this vine. From the fruits of T. tricuspidata, 14 cucurbitane glycosides were isolated (8). An extract of the fruits of this plant was found to be cytotoxic in KB cells, and two new cucurbitacins were reported: tricuspidatin and 2-O-glucocucurbitacin J. (12). Kaneda and Uchikoba (13) reported a protease from the sarcocarp of the fruits of this plant. The root contains methyl palmitate, palmitic acid, suberic acid, α-spinasterol, stigmast-7-en-3-beta-ol, α-spinasterol 3-o-beta-D-glucopyranoside, stigmast-7-en-3-beta-ol-3-O-beta-D-glucopyranoside, glyceryl 1-palmitate, glyceryl 1-stearate, bryonolic acid, cucurbitacin B, isocucurbitacin B, 3-epi-isocucurbitacin B, 23,24-dihydrocucurbitacin D, isocucurbitacin D and D-glucose. The roots of T. tricuspidata contain more than 6 times more cucurbitacin than the roots of T. kirilowii Maxim. Var. japonicum Kitam. (14). Kasai et.al., (15) isolated 3 new cycloartane glycosides, named cyclotricuspidosides A, B and C, from the leaf and stem parts.

A perusal of the literature shows that T. tricuspidata has been widely used for curing asthma, migraine, fever, diabetic carbuncles and other maladies. A number of pharmacologically important phytochemicals, such as cucurbitacins and trichotetrol, have been isolated from this plant. This report has provided an introduction to the panoply of reported therapeutic uses of T. tricuspidata. Clearly, further efforts are required in order to better understand the biological activities reported, and to isolate, purify, and chemically characterize the active principles of T. tricuspidata. Randomized trials should ultimately be conducted to rigorously evaluate the safety and efficacy of some of the most widely reported curative applications of this popular medicinal plant. 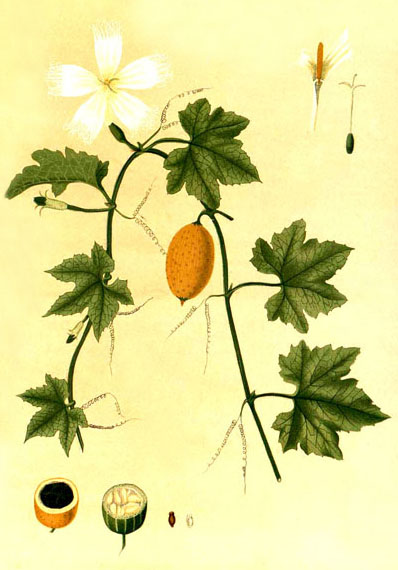 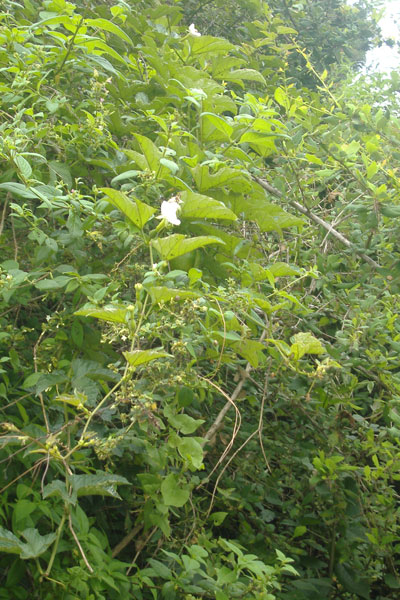 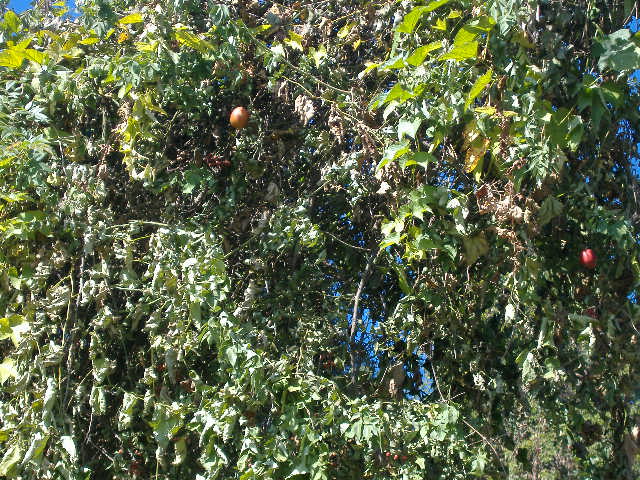